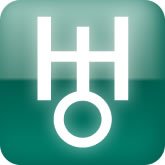 Uranus arrived in fiery Aries today, in conjunction with the earthquake/tsunami in Japan.  What an entrance!

This energy of change, innovation and the unexpected is sure to make a splash in all of our lives one way or another. As Uraunus leaves Pisces, it can bring up old emotional patterns that you were sure you’d already worked through – as if you are having some kind of regression.

No worries… old patterns may resurface for one more go-round, giving you an opportunity to recognize that you don’t react the way you used to – that you have evolved to a new way of responding that is  more honoring and empowering.

We’re almost a week away from the Spring Equinox, which is the astrological New Year and our mission is to get organized and take action before Mercury goes Retrograde at the end of the month.

This coming week, Mercury interacts with Pluto, Jupiter and Saturn, one by one, and all kinds of information will be revealed, ideas will be born, plans will be made and you will have to take responsibility for all that you encounter.

It can be expansive, productive and transforming – and you may find yourself involved in intense communications that demand explanation and accountability. So whatever you create or communicate, be conscious – and be prepared to take responsibility for your words and actions.

If you find yourself in a power struggle, don’t engage – rather, step back and give it some space. If the action speeds up and your “to do” list is more than you can handle, decide what you can release or delegate and then do it.

The guidance is to deal with “what is” in the most grounded, conscious, self-honoring way.

Here’s the scenario for the rest of this month:

March 19 – Full Moon in Pisces (the culmination of things)

Know that by the end of the week, we will be approaching the Full Moon in Virgo and the emotional energy will be increasing, so easy does it…

The Universe is conspiring for your highest good!

“Every time you are tempted to react in the same old way, ask if you want to be a prisoner of the past or a pioneer of the future.”  ~ Deepak Chopra

Full Moon in Virgo - March 19, '11 The Full Moon in Virgo is on Sat, March 19th at 2:10pm EDT and the emotional energy is already off the charts! Uranus (change) is conjunct the Sun, which creates edginess, as the Full Moon  squares the  North Node that is sitting on the Galactic Center. This means that powerful energies create ...