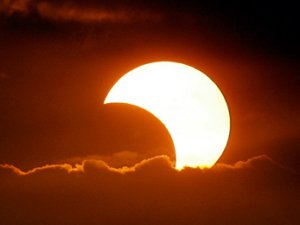 We enter into a wormhole as we approach the first eclipse until after the completion of the final eclipse.

Think of being transported into another reality, during which shapeshifting and dramatic shifts can occur.

The guidance is to go with the changes, rather than to resist.

Emotions run high around eclipses and you can expect the unexpected as well as fated events, so be prepared to be flexible.

If you’re confronted with an unexpected situation or event, take a moment to assess where you are and let the dust settle, if possible.

There’s a saying, “Don’t just do something, sit there!” Use that guidance when anxiety triggers you to act prematurely or reactively, which doesn’t serve your highest good.

Please don’t judge events that happen around an Eclipse as “good” or “bad” because you don’t know what the big picture is and know that more will be revealed.

Here is general info about Eclipses so that you’ll recognize the ways they can manifest and how you can work with the energy.

* In your chart, you’ll feel the anxiety and experience the Eclipse effects most intensely in the houses that are ruled by Gemini/Cancer and Sagittarius/Capricorn (for this Lunar Eclipse)

* An Eclipse is like – POW! – a jolt, it makes things happen

* Things may seem out of proportion during an Eclipse

* The story that opened up during the last set of eclipses is in effect until the next one (the last set was in late June/mid-July ’10 – what was going on for you then?)

* Themes and issues will be revisited – what has been suppressed or denied in your life for the last five months?  Time to address it!

* Eclipses can “clean things out”

* People may overreact, be overly emotional, tense, and are often controlling due to feelings of powerlessness

* On the day of an eclipse you are “in the dark,” so relax into “easy does it” mode as much as possible

My guidance during this time is to slow down, breathe consciously and be extra mindful, stay as flexible as possible, and for you overachievers – take twice as much time to do half as many things!

Tuesday, Dec 21st is the shortest day of the year in the northern hemisphere, which is a sacred event because from here on in we experience "The return of the Light" with each passing day. At 3am Eastern, we have a Lunar Eclipse at 29 degrees Gemini. which is an exponentially more powerful Full Moon, which is about endings and the culmination of ...