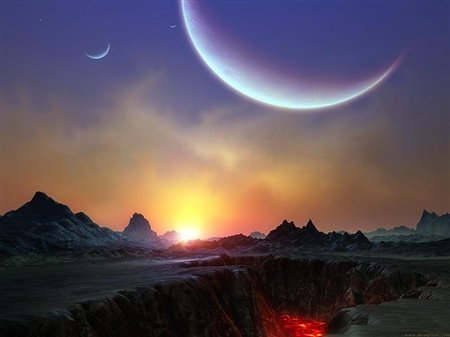 Here’s your question for the week: What do I need to let go of that will expand my life and move me in the direction where I want to go?

I promise you one thing – whatever you need to let go of is a comfort zone for you. Or it’s a way of operating that’s familiar, but it’s interfering with your growth and evolution. Letting go is the call – and this is one of those tests in life… to identify what “it” is, take action and make a move. The sooner you clean it up, the better you will feel.

There’s lots of highly charged activity today and over the weekend. Two strong-willed planets, Mars (action) and Uranus (change) are engaged in a square that activates willful, unexpected or disruptive behavior.

Mars square Uranus can break up stale energies or any routine (which feels like every day in the U.S. right now), but stay tuned… something may happen unexpectedly. If it does, stay centered and don’t react. Widen back and decide how you want to handle the situation. But not from reaction…

Or you may make a bold move that is unexpected by others. If you’ve been sitting on feelings or a decision, perhaps you’ll suddenly be inspired to act in a way that takes others by surprise (even you!).

I always vote for being proactive in these situations, which requires faith and courage. The rewards are tremendous. As writer Lisa Rosman says: “Change happens to those who refuse to make it themselves.” I agree.

Also this weekend Venus (love, $$, creativity, self-esteem) is conjunct Saturn (limitations, structure, reality). This is considered a hard aspect because Venus wants to snuggle, spend, indulge and be in beauty while Saturn is serious, responsible, creates boundaries and gives you a reality check.

Saturn is a “make-it-or-break-it” planet, so in relationships, this can be a turning point where either you commit more deeply or break up. If you’ve been rationalizing or justifying issues to maintain a relationship, this can be when you reassess and decide in favor of what’s really best for you (being in truth).

Also, serious connections are created during this energy (any kind of partnership) – or you can bring a creative idea into form. I always focus on the positive expressions of Venus-Saturn and see the possibilities for creating and committing more deeply.

One of the insidious ways Saturn-Venus can undermine your self-esteem is by whispering perceived shortcomings in your ear, feeding insecurity. Of course, it can only highlight issues and wounds that are already installed, so if you feel unworthy or unlovable (or whatever), you have some healing to do. That’s all.

Get the message, but don’t buy into the belief that there’s something tragically wrong with you. What’s wrong is likely that you don’t receive enough care, support and self-love :))

The New Moon in Scorpio is Sun, Oct 30, when you have access to deeper aspects of yourself more acutely than usual. Scorpio rules power, transformation, trust, all that’s hidden and death/rebirth. Shame is the fuel that motivates most of what we decide to keep hidden. Things we don’t want anyone to know.

Feel the desires that arise (pretty or not) within you and honor what your soul is calling for. There is buried treasure within if you dare to look, as even “dark” energy has a higher purpose – and being seen and held in love is the healing. Be willing to explore the mysteries within your consciousness during this time of death and rebirth. You will be the winner if you do.

The New Moon is in harmony with Neptune (dreams) and the South Node (old unproductive patterns). Neptune/S. Node energy is like an addiction that feels comfortable, but keeps you in a holding pattern. It’s sticking with some thing, person, mindset or behavior that clearly doesn’t help you grow, but you stay out of fear of what will happen if you change.

Neptune/South Node expressions include sacrifice, security (a big one!), feeling stuck, hiding, over-responsibility, obedience, busyness, lack consciousness, caretaking, or you may have your own special way of limiting yourself.

This is an opportunity to recognize and banish those old ghosts that keep you occupied, but small – or overworked, lost, whatever. It’s time to get real about what needs to go!

The week smooths out after the New Moon in Scorpio, giving you space to reorient and make any adjustments after letting go. Integration time. Remember, the world is changing all the time now. And so are you.

You are creating the foundation for the life you’ll be living in 2017 and beyond. This is a precious portal to a more empowered Self and life if you examine, assess and take action to make course corrections that realign you with your evolving consciousness.

We have some major Moon Void of Course periods this week. They can derail intended outcomes and interfere with flow – and it’s also the optimal time to access your creativity, spiritual pursuits, routines or leisure activities. Be aware and pay attention.

We begin the week with Venus (values, love, $$) in a central position. It trines Uranus and squares Chiron, which can invite new relationships that reflect the changes in you (more of your Evolving Self) - and that may also highlight ways in which you need more self love and care. Get the memo. If anyone mistreats you or makes you feel less than ...