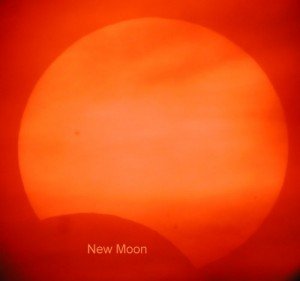 This New Moon in strong-willed Aries on April 3rd will be combustible. Six planets in Aries wanting to take off and go, with Saturn in opposition and Pluto squaring the bunch.

Authority and relationship issues feature prominently, as well as potential power struggles and control issues. Easy does it and don’t engage if communications get heated. Just let it go for now… step out and reconnect if necessary when everyone calms down.

You may be impatient to move forward but you will likely encounter obstacles or speed bumps that slow you down. If you become annoyed or frustrated as plans are delayed, practice restraint and flexibility for best results and fewer problems to rectify later.

Mercury is Retrograde  so your patterns of thinking, communicating, your learning and everything about the way you move through life are up for review during this three week period. Make good use of this opportunity to fine tune and uplevel your expression in the world.

Jupiter, planet of expansion connects with the Sun/Moon combo, urging you to jump into the next big idea or to take on MORE but be mindful, as the Great Teacher, Saturn, is opposing those three planets making you accountable for every move you make. Consciousness is key in order to avoid drama.

And, since Mercury is Retrograde, none of the new plans are going to fall into place without constant tweaking and extra work, so don’t overdo it in your enthusiasm.

The Aries New Moon is the traditional time to make your Treasure Map – or Vision Board of what you want to create this year.  If you want an activity to focus your nonlinear energy on this weekend, create your vision for the year either by making art, music, playing in nature or by journaling.

We're in the midst of intense energetic shifts and it's important to understand what's being asked of you for your continuing evolution in order to move forward in constructive ways. Discernment, courage and perseverance are all key ingredients for success as you traverse uncharted waters of the new earth that we are creating. Practical, inspired ...