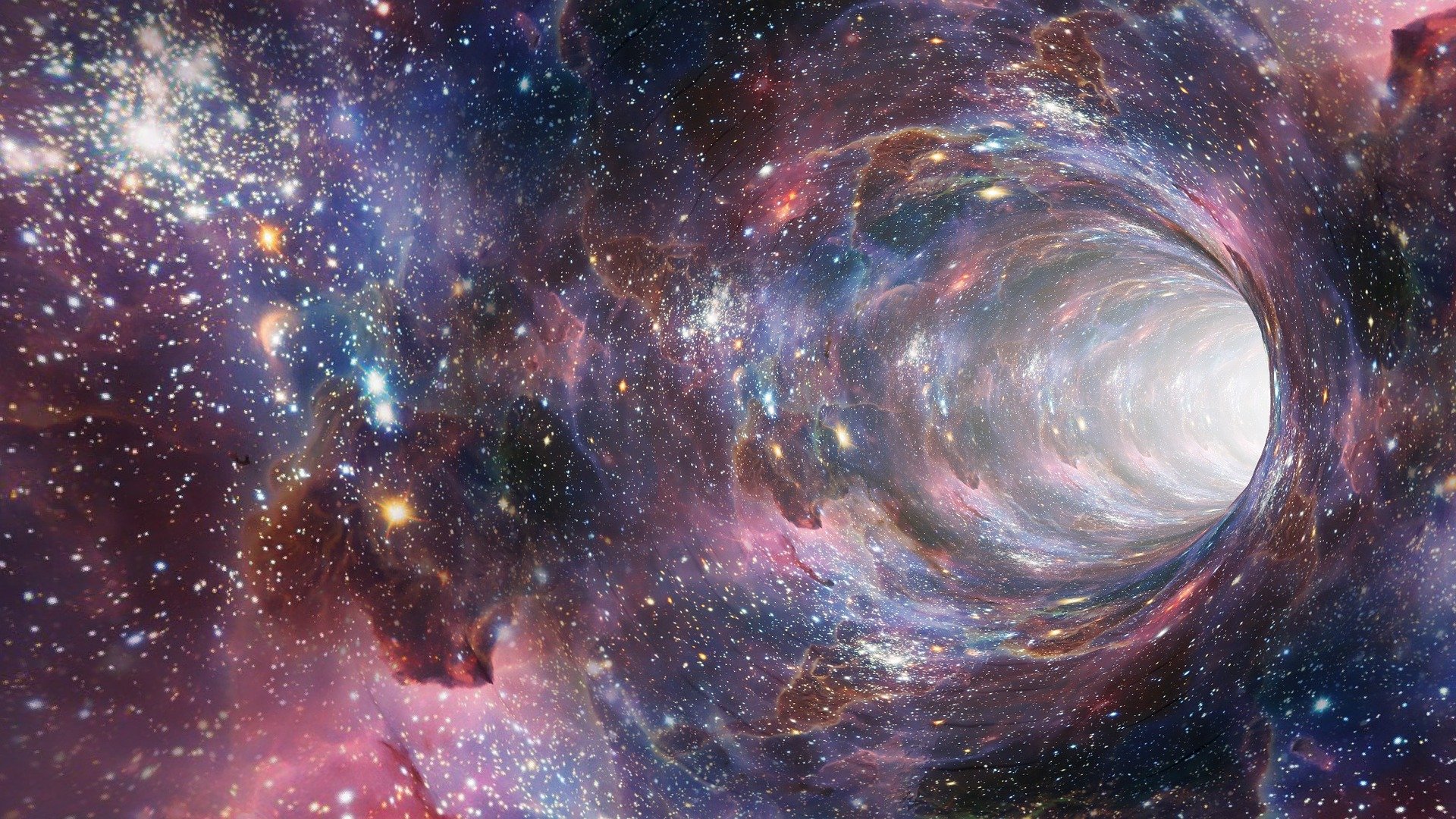 A wormhole is a tunnel that stretches between two realities – a shortcut of sorts. This Eclipse Wormhole feels like we’re in hyperspace, but I think that is our current reality these days, with events occurring at warp speed. It can be mentally exhausting, which is a good reason to slow down.

We are still in last night’s Solar Eclipse energy of new beginnings (or endings, with Pluto in opposition), creating upheaval or issues around power. Stand in your power by taking actions toward something you want to create rather than reacting to external forces (real or imagined). It’s always a good idea to be intentional, but especially in frenetic energy.

And if something unexpected happens to you or yours, take time to center, and then decide on the next right move. Upheaval speaks to a complete overhaul, like the volcano erupting in Hawaii. Something deep is revealed, discovered, or ended. Be in the moment and don’t project into the future, because you don’t know what will happen yet. It can be a stretch, but that is the work – not to devolve into fear. You are being led somewhere…

Mars is still Retrograde, which can create slowdowns in movement or throw up roadblocks when approaching something new. Patience, persistence and flexibility are called for in order to proceed. Align with the rhythm that’s present, as opposed to trying to push at your pace. Tune into your intuition to know when, how, where to move.

With four planets Retrograde there’s an abundance of energy that supports clearing, cleanup, regrouping, revising and planning. Please use this fallow time and prep for when the energies shift and the tides turn in the fall.

This weekend we have a Grand Trine in Earth, a harmonious flow between Venus (desires), Saturn (stability) and Uranus (change). What a gift! This supports grounded, methodical changes that can manifest your heart’s desires. Saturn anchoring the changes indicates the potential for results that last. Think about the actions you can take to advance your cause, as Saturn (structure) and Uranus (change) stay in harmony all week.

In two weeks Mercury goes Retrograde (July 26), the day before an intense Lunar Eclipse of July 27. It’s going to get interesting. Have a vision for what you’re doing or where you’re going over the next few weeks, being aware of this.

It’s a good time to create extra space wherever you can build it in – along with space for healthy relaxation, whatever that means for you. Trust your inner guidance to lead you forward and ask for help if you need it.

We need you to be at your best!

We have two cosmic events approaching this week that will likely affect your world one way or another. Mercury Retrograde arrives late Wed/early Thurs, July 25/26 and the following day we have a powerful Lunar Eclipse in Aquarius (more details below). All next week we'll be in a slowdown, with heightened emotions and the energy of unpredictability; ...